WhatsApp’s New Camera Features Let You Write and Draw on Images and Videos, Apart From Adding Emojis and Text

WhatsApp’s New Camera Features Let You Write and Draw on Images and Videos, Apart From Adding Emojis and Text 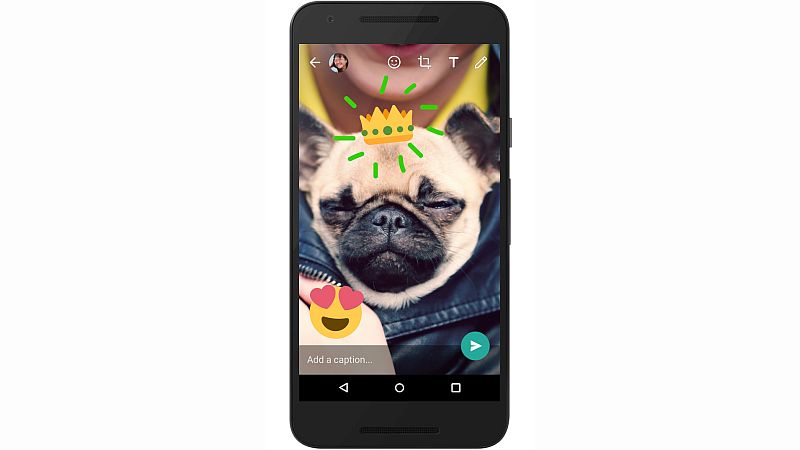 The new features to draw, write, or add emoji on images and videos will appear as editing tools automatically when trying to share a new photo or video or the one that’s already stored on the device.

The options to write, draw, and add emoji to photos and videos has been available to Snapchat users for a long time. Notably, this is not the first Snapchat feature that a Facebook-owned product added into its pool as Facebook has rolled out a new feature called Messenger Day which reportedly tries to clone Snapchat’s Stories feature. Back in August, Instagram added Stories format that cloned Snapchat’s Stories feature.

Another addition is the support for the front-facing flash to take selfies from WhatsApp’s inbuilt camera only. Apart from these, WhatsApp has also added a zooming feature for recording videos where users just need to slide their fingers up and down to zoom in and out. Users can switch between front and rear facing cameras while recording video by just double tapping on the screen.

“Today we’re introducing new ways to customise and enhance the photos and videos you share with friends and family around the world. Whether you’re drawing a big red heart to show how much you miss someone or adding your favourite emoji – sometimes a picture really is worth a thousand words. Try adding text too, and change the colour and font style,” WhatsApp said in a blog post.