The Aadhaar card-maker Unique Identification Authority of India (UIDAI) has asked citizens to take some precautions regarding their 12-digit biometric number, which is a vital tool of identification. Everyone, whether young or old, can apply for Aadhaar card at UIDAI. However, everyone must provide name, date of birth, gender, address, mobile number, proof of relationships and email ID, among others. To apply, there are Aadhaar card enrolment centres available across India, where citizens can provide personal details. During this process, biometric information is taken of applicants such as fingerprints, iris scans and facial photograph. Once these details are taken an enrolment ID is given, which also holds similar value as the real Aadhaar card. However, it would be 12-digit biometric card, which comes after enrolment, that holds final proof of your identity. That is what UIDAI has asked citizens to take precautions over. 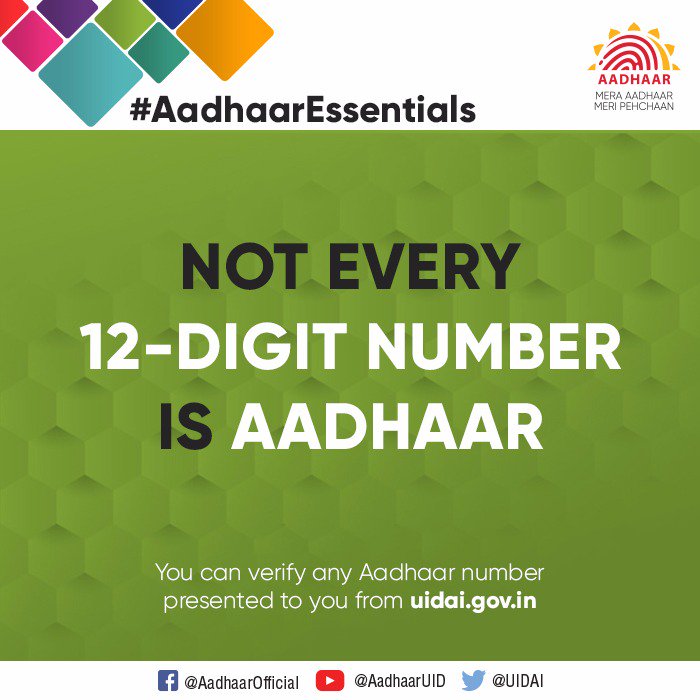 To check whether your Aadhaar card number is valid. You can visit at UIDAI website and go in the section of My Aadhaar. Under sub-section Aadhaar services there would be a column mentioned ‘Verify Your Aadhaar Number’.

You will be directed to a page with headline Verify Aadhaar. Enter the 12 digit Aadhaar number in the relevant box to verify if your Aadhaar number is valid or not deactivated.

You will be asked to feed in your Aadhaar number and security code mentioned in a small box. After putting in the information just verify.  A status will be given whether your Aadhaar card is valid or not.

Apart from this, UIDAI also clarified on another Aadhaar card security feature. It stated that, “UIDAI is strictly against any agencies accepting extra money from residents for Aadhaar services. If you are charged extra, You can file a complaint related to Enrolment Agency/Operator.”

UIDAI reiterates that Aadhaar card enrolment is free of cost. However, if you want to update your Aadhaar and order a reprint then a cost of Rs 50 must be paid by the citizen. Also, if anyone charges extra, then file a complaint at uidai.gov.in or call 1947. 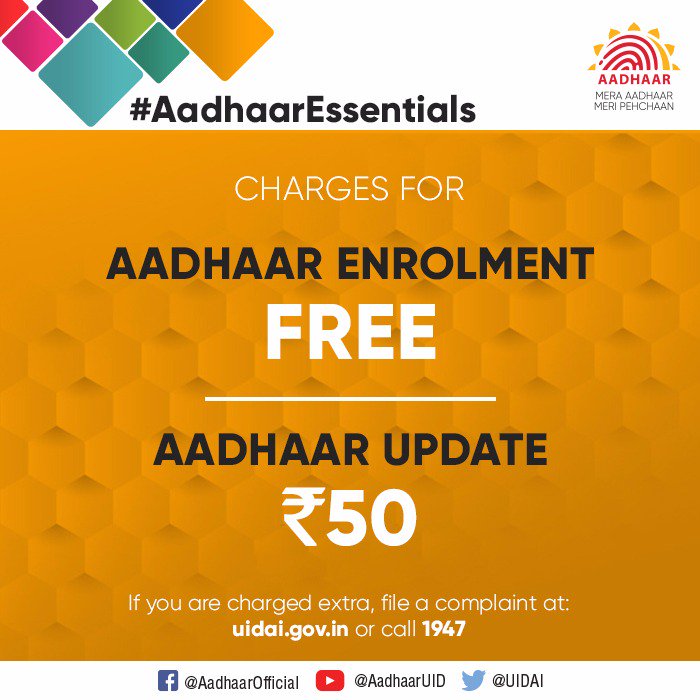 Aadhaar identity platform comes with features of Uniqueness, Authentication, Financial Address and e-KYC, enables the Government of India to directly reach residents of the country in delivery of various subsidies, benefits and services by using the resident’s Aadhaar number only.