Since the beginning of 2019, the new RBI guidelines required all banks – both from private and public sectors, to upgrade their customers from the old magnetic strip cards to the new EMV chip-based debit and credit cards. The move was undertaken to ensure that customers don’t fall prey to bank frauds and other similar kinds of issues. The original deadline to make the move to the new generation cards was set to December 31, 2018. However, the deadline was pushed in view of customer convenience and now, the final deadline has been announced, and after which, EMV cards will only be functional.

According to the updated RBI guidelines, all the public and private sector banks are required to migrate to their customers from the old magnetic strip based cards to new EMV chip-based cards before April 29. Once the deadline is over, the old cards won’t be able to make transactions at ATMs or POS machines. 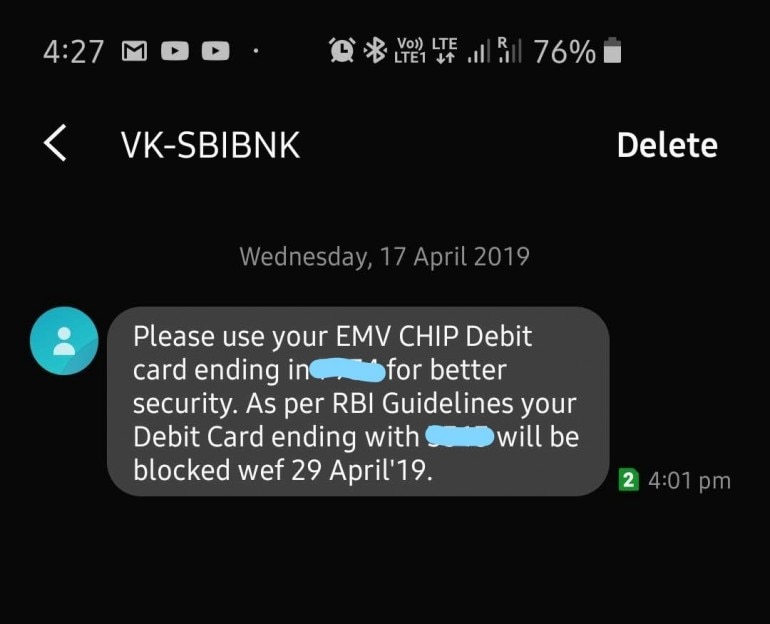 If a bank customer hasn’t upgraded to the EMV chip cards, then he/she won’t be able to withdraw cash from ATMs or make payments via the card. However, the net banking services will remain activated and one can pay via online services. To upgrade to the chip-based cards, customers are required to contact their bank branch and make the request to upgrade to the chip-based card.

The new EMV chip-based cards have been introduced to make transactions more secure than before. The chips store higher levels of secure encryption based verification system which makes it difficult for someone to hack or exploit.

Because of the newer and more secure implementation, ATM machines now make transactions in a different way. Earlier, customers were required to swipe their debit cards to make the transaction. The new system now requires the card to be locked into the card slot until the transaction is complete. The ATMs latch on to the card to continuously verify the data stored in the chip during the transaction process.