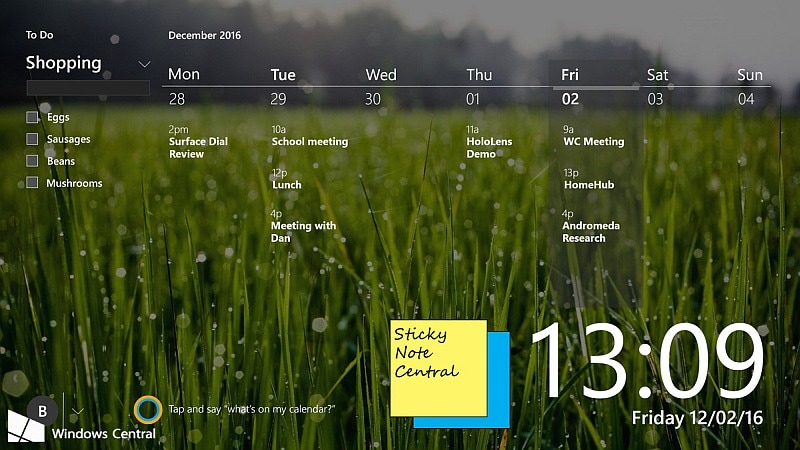 Last month, Google started shipping its Google Home smart speaker, which is direct rival to Amazon’s Echo speaker, and allows users to perform various tasks using just their voice commands. A recent report by Bloomberg has also claimed that Apple is working on a similar device that has already entered testing phase. Following the lead of other giants, Microsoft seems to have developed its own answer to Amazon’s smart speakers.

Microsoft is expected to introduce a “Home Hub” feature to Windows 10 that will allow users to perform various functions using voice-commands like Echo but with added benefit of a screen, reports Windows Central. Instead of bringing out a hardware device, the Redmond-based company has decided to give the functionality of the smart speakers to PCs, 2-in-1s, all-in-ones, and tablets through a software feature.

This feature would translate into a shared desktop for the users that doesn’t require any login but still provides them with “family data, including apps, documents, bookmarks and more that has been shared with a family,” the report said. Apart from the shared calendars, users will be able to check their private events after authentication through Windows Hello.

Underneath Home Hub experience, there will still be a full-fledged PC experience that can be accessed by the users but the point behind Home Hub is to provide an experience as a group and one that doesn’t require them to log in.

Cortana will reportedly have content access to both the shared content and individual accounts, via a new Welcome Screen (seen above). The supported machines will be able to receive voice commands with Cortana, which will be always listening when on Welcome Screen as per report. The revamped Cortana for Home Hub will also be able to wake up the PC via voice commands, helping save power whilst still being available for serve information.

Other changes from the current Cortana include an orange coloured Cortana symbol (seen below), meant to denote to users that this is family-centric Cortana they are talking to. The report adds that the revamped Cortana for Home Hub is being referred to as FamTana within Microsoft. The service will at some point reportedly also be able to trigger music streaming from third-party services. Home Hub is supposed to extend to Android and iOS devices as well, via the Cortana app. 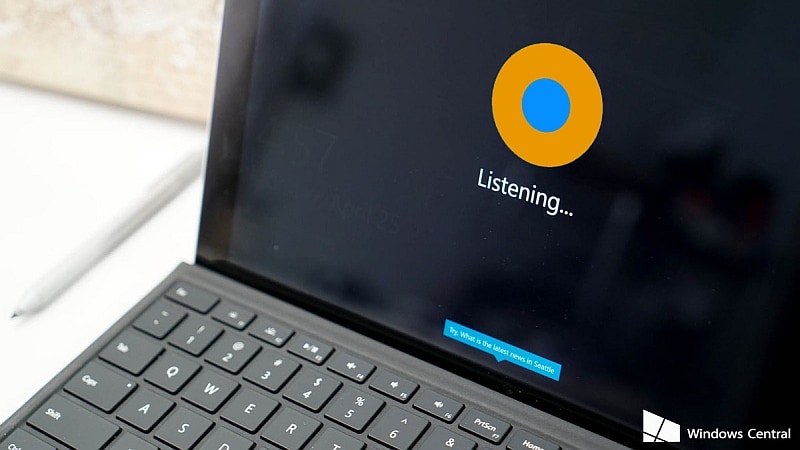 Coming to perhaps the most important feature of the new Home Hub feature is its ability to connect to and control the smart home ecosystem – something that Amazon’s Alexa-powered Echo speaker already does, Google’s Home speaker is slowly expanding its ecosystem for, and, Apple’s Home app and HomeKit-enabled services can also do via Siri. Microsoft is said to be building a Connected Home app that will be the single-app to control all smart home products, and the app will have support for smart home devices with OCF and OpenT2T protocols. The report adds the Home Hub will be smart enough to detect whenever a new smart home device is added to the ecosystem, and ask if the user wants to control it via Home Hub.

The report adds that Home Hub has already started making its way to Windows 10 in the form of Cortana being accessible from the lock screen, which arrived with the Windows 10 Anniversary update, also referred to as the Redstone 1 update. Other features of Home Hub are expected to arrive to Windows 10 in a piecemeal fashion, with the next addition due in the Creators Update (Redstone 2) next year, though most features will arrive with the Redstone 3 update in late-2017, and Redstone 4 in 2018. We wonder if Microsoft’s timeline may be a bit too relaxed if it intends to compete with rival home ecosystems.

Finally, the report says that Microsoft is already talking to hardware partners like Lenovo and HP to product Home Hub specific hardware – all-in-one PCs with a form factor and design that are meant to work as smart home hubs, and may even forego keyboards – though the option to connect them will remain. The new hardware that’s fully compatible with Home Hub may include light and motion sensors that switches off the device when no-one is in the room.

Even though Windows Central has cited several people familiar with the matter within Microsoft for the information, we will have to wait for the official confirmation by the company to see if the feature will actually roll out.