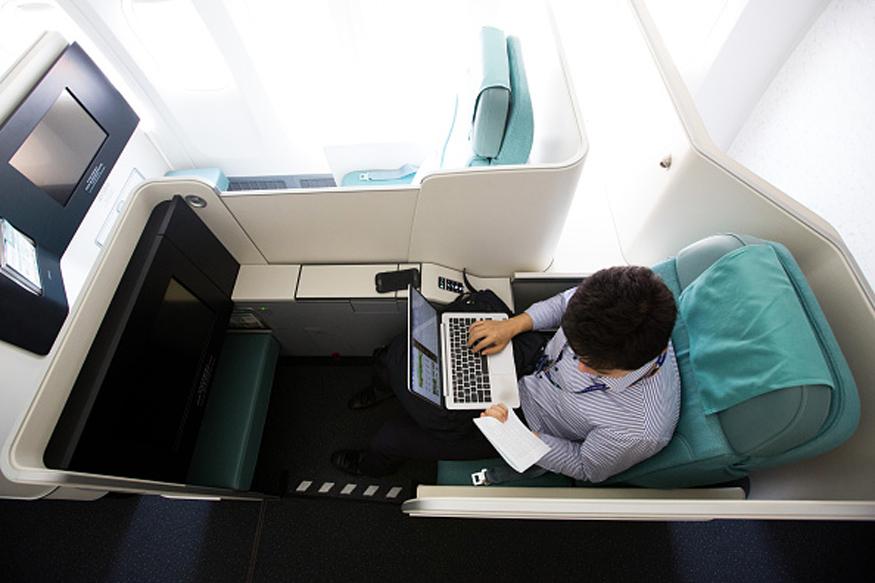 After the arrival of low-cost airlines shook up ticket pricing, WiFi looks like the latest battleground for airlines competing to meet passengers’ needs and expectations. A recent American poll is categorical on the importance of the service, as 45 per cent of those surveyed said they would not remain loyal to their preferred airlines if they didn’t provide the best WiFi service.

In-flight WiFi is the service most airline passengers dream of these days. In fact, 68 per cent of Americans now book their flights based on WiFi availability. Airlines will need to raise their game to keep passengers happy, since 21 per cent of those polled admitted to having already abandoned their preferred airline for a carrier with better in-flight WiFi. Plus, 45 per cent said they wouldn’t remain loyal to their preferred airline if they didn’t provide the best WiFi. Six in 10 Americans even said they would be disappointed or frustrated on a flight with no onboard WiFi service.

WiFi is now an essential service for airlines who are working hard to equip their fleets with wireless connectivity. Quality of service is an important aspect too, as 84 per cent of travelers said they expect the same kind of experience as when surfing the web at home or at the office. What’s more, 90 per cent expect a reliable and fast connection throughout their flight, no matter where in the world that might be.

Demand for in-flight WiFi is largely driven by a new generation, known as “millennials” (born between 1982 and 1998). In this age group, 73 per cent said that the availability of WiFi influenced their choice when booking flights (compared with 63 per cent for older generations). Connection speed was also important for 89 per cent of millennials, compared with 77 per cent of older flyers.

The most recent announcement in the field comes from Finnish flag carrier Finnair, which plans to bring in-flight WiFi to all long-haul services from October. Lufthansa is actively working on rolling out the service, first of all to its Airbus A320 planes. The German airline hopes to have its full fleet equipped by mid-2018, followed by other airlines in the group, such as Brussels Airlines.