HTC Desire 650 price and specs revealed ahead of global launch

HTC Desire 650 price and specs revealed ahead of global launch 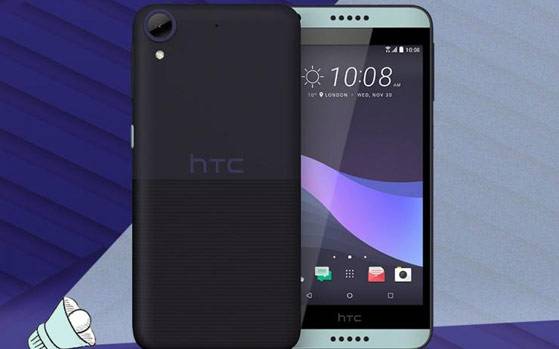 HTC is scheduled to announce the global availability of its midrange smartphone — HTC Desire 650, but its specs and features has been released online. It was launched in Taiwan last month and was expected to be made global at the “For U” event HTC has been teasing since launch.

The Taiwanese smartphone maker is also expected to launch its new range of phones — the HTC U Ultra and the HTC U Play, that were leaked by the company codenamed as “Ocean” and “Alpine”. Though the U series are expected to launch with some unique features like ‘Sense Touch’, that were teased in their leaked videos, HTC Desire 650 is the usual Desire series smartphones with least ambitious specs and pricing of all.

The phone has a 5-inch LCD display with HD (720p) resolution. Housing the dated 1.6 GHz quad-core Qualcomm Snapdragon 400 processor with 2 GB RAM, the phone has a 16 GB of internal storage expandable to 256GB via microSD memory slot. This is what the HTC mentions on its website, but we suspect it could be a Snapdragon 430. The 400 is no longer in production and it is very unlikely that the company will be using it.

The phone runs Android Marshmallow 6.0 with the HTC’s interface on top. At rear, HTC Desire 650 has a 13-megapixel BSI sensor with an f/2.0 aperture. At front it has a 5-megapixel f/2.8 selfie shooter.

Like its predecessor — the Desire 630, the phone appears to be build out of plastic and have a set of speakers at front. Though only one worked and the other complimented the looks, we expect that is not the case with the Desire 650. The specs do say it comes with HTC’s BoomSound audio.

The phone packs a 2,350 mAh lithium-ion battery, which is non-removable and the back cover features a ribbed bottom, which supposedly was carved out for sense of better grip. Being a 5-inch smartphone, this might not be anything pivotal.

Available in two colors — lime light and dark blue, the phone hit the shelves outside Taiwan in February, though it may not release in all countries, including US. HTC will be making the official announcement soon. The phone carries a price tag of TWD 5,490 which roughly converts to $173 or INR 12,000.