‘Don’t Have To Pay Any Fine Ever,’ Gujarat Man Glues License & RC To His Helmet To Avoid Getting Challaned

‘Don’t Have To Pay Any Fine Ever,’ Gujarat Man Glues License & RC To His Helmet To Avoid Getting Challaned

So you know how the new Motor Vehicles (Amendment) Act, 2019 is draining people of a month’s salary at one go?

Well, an insurance agent from Vadodara, Gujarat, figured that prevention is better than cure and came up with an ingenious solution to save himself from heavy fines.

Ram Shah, who travels on his two-wheeler everyday pasted his driving licence, vehicle’s RC, insurance slip and PUC certificate on his helmet. He is literally carrying all his documents on his head. Almost seems as if he’s challenging the traffic police: ‘Jo maangna hai maango, sab hai mere pass.’ 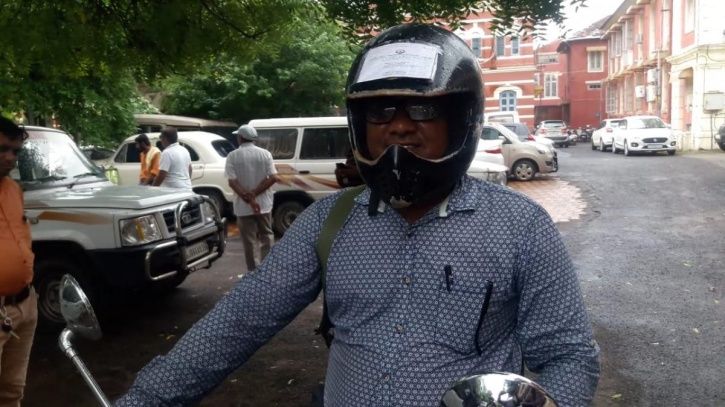 So now if any traffic police officials stops him, all his documents are out in the open to see. He reportedly said, “This way I am never hassled on the road and I don’t have to pay any fine ever.”

It seems like people are taking all the precautions they can think of in order to avoid getting fined under the Motor Vehicles Act.

A man from UP has started wearing a helmet while driving his car as he was fined for not doing so. The police reportedly said that they would look into the matter, but the man is no longer taking any chances.

May be sticking vehicle documents on the helmet isn’t such a bad idea, this way you would never forget any of those home.