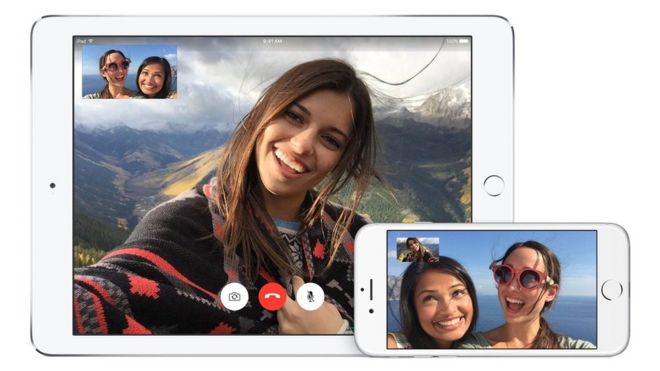 A patent-licensing firm is seeking to force Apple to suspend its Facetime and iMessage services claiming it has suffered “irreparable harm” as a result of the tech giant’s actions.

VirnetX was awarded $625m (£426m) in February after a jury found Apple had wilfully infringed four of its patents.

The Texas-based firm is now seeking further damages and says Apple should be blocked from using its technologies to power its video and text chat apps.

Apple is contesting the case.

It wants the court to disregard the verdict because the US Patent and Trademark Office has invalidated VirnetX’s claim to the inventions – but such action by the USPTO is being challenged in a separate case before the Supreme Court.

Apple has argued that its customers would be harmed if it were forced to stop offering Facetime and iMessage to iPhone, iPad and Mac owners.

But VirnetX claims the step is warranted as its own secure messaging and video conferencing app – Gabriel Collaboration Suite – is suffering as a consequence.

Some parts of the media have described VirnetX as being a “patent troll”, but this term is normally reserved for firms that own inventions but never apply them to a product of their own.

The Gabriel app, however, is not well known.

“Apple is very happy to use technology owned by other parties and just wait to be sued once they have pocketed the profits,” one of VirnetX’s UK-based shareholders – who asked not to be named – told the BBC.